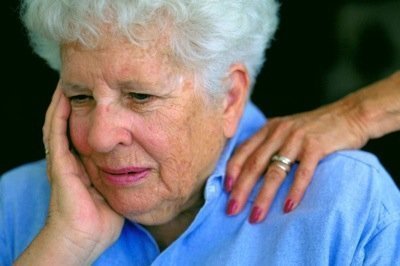 Real People are Losing Real Money because of the Government Pension Offset and Windfall Elimination Provision.  This is a small sample from the 260 letters that we sent to the Debt Commission in 2010.

….”As a wife/dependent follows their military husband / sponsor around the world for
20 years they have to take any job they can find. In many cases the only jobs that are
available are those connected to the military. They start off at a low civil service grade and if they are lucky by the end of the tour they have been promoted to a higher grade…

Under the CSRS retirement plan they are not contributing to Social Security. When it is time to retire they are not able to collect Social Security spousal benefits because of the GPO Offset. Once all of the deductions are made there is nothing left to collect….Is this the way we should be treating our military and their families for their years of supporting our government and freedom?”

“As an educator who began her career at age 45, after raising 4 children and taking care of a sick husband, I have been told that I will get nothing from the Social Security contributions I made during several years before my children were born. Additionally, I will receive nothing in widow’s benefits after my late husband contributed to Social Security at the highest levels for almost 30 years. Other women in my position will be forced to survive at poverty levels because they chose careers in the helping professions after their children were grown.”

“I will lose a substantial amount of monthly income if my husband precedes me in death, over $1,700 a month. I won’t get his survivor benefit because I worked as a teacher and collect a California teacher’s pension of $2600 per month. That means that if my husband dies before I do, I will see my monthly income drop by almost half. My bills will not: Gas and Electric, Water, Telephone, Cable and other monthly expenses such as homeowners’ insurance, car insurance, property tax will still be the same. I will probably have to sell my house and find housing I can afford. That is my reward for working as a teacher for 38 years.”

Teacher discriminated against in Massachusetts

“I taught in a state that deducted Social Security for four years: I then moved to a state that didn’t deduct Social Security. I also worked at various jobs while in college and during some summer vacations. So, I have earned a right to Social Security benefits even though I am receiving a teaching pension. … Why can’t I get the total benefit that any other worker would receive? The small amount that I would receive would make retired life somewhat more manageable.”

Worked for Veteran’s Administration in California

“Because my wife worked for most of her career for the VA, her Social Security she was entitled to from her non-VA work was offset. Here’s what happened. Instead of receiving nearly 800.00 a month in Soc. Sec., she gets only 289.00! She will get NONE of my survivor’s Social Security benefit ($1581.00) as my beneficiary. We have been married for 45+ years, and I have nearly 35 satisfactory social security years.”

Punished for Foreign Pension from UK

….“In my situation I worked in the UK and paid Social Security taxes in the UK for that period. Then I came to the USA became a citizen and also paid Social Security taxes here. I find that my US pension will be reduced by the WEP because of my small ($400) a month UK pension even though I was taxed on both. This provision is being applied without consideration of the effect on low-income workers like myself. For example both of my pensions together will amount to only approx $1400 a month then it will be reduced by the WEP.”….

Even small pensions are hit

“I retired from teaching at $1500 a month, knowing that I needed to work more to get my Social Security (I retired early to accomplish this.) I finished my quarters mainly because I had worked every summer and some additional work (like Christmas in stores). Imagine my surprise when I found out I would NOT get my $75 a month but thirty some instead.

At this time I have given up having a car, cut out newspapers, haircuts etc. AND the public wonders why it can’t get good teachers.”

Both GPO and WEP

“My husband fought in WWII in the 442nd Battalion, worked over 50 years, and contributed to Social Security, and I worked 40 quarters and contributed to Social Security, but I am prevented from receiving more than the minimum benefits because of the WEP and GPO. If my husband were alive today, he would feel insulted by this injustice. This is not fair on its face. We both followed the rules and paid our fair share…”

Kindergarten for how long?

I teach kindergarten and I love my job. It is, however physically and mentally exhausting. While working, I will be able to collect my $75,000 annual pay and my $900 mo. stipend. When I retire at approximately $24,000 annual pension after 15 years teaching, I will lose my husband’s benefit and have my own cut to approximately $105 monthly- with luck, enough to pay the Medicare premium.

Help us spread the Word by Sharing Your Story.  It’s easy!  Compose your own story, and save it to use in other letters to Congress, etc.  Please share your story with us by using our contact form. Your private information will not be revealed.